View source
watch 01:36
We're Getting Mutants in the MCU - The Loop
Do you like this video?
Play Sound

You know, even though I may be responsible, that doesn't mean I'm not spontaneous too. There's a whole other side of me that you don't ever get to see.

Amanda McKay is the third main ninja in the "Supah Ninjas". She is also a straight-A cheerleader and one of the most popular girls in school. However, all she really wants is to be more than some pretty cheerleader; she wants a sense of danger, and adventure, which is why she requested to join Mike and Owen. She should never be underestimated and is out to prove that she's not just some good girl.

Amanda is generally kind, accepting, and down-to-earth. She's commonly known as the good girl, and sometimes even a nerd—though her cheerleading life is often able to drown that part out. She's willing to show her rebellious side but is proud of who she is. A quirk she has is, before she's going to attack someone, she taps her right foot, as pointed out by Owen in Morningstar Academy. Another nickname she hasn't been able to shake is how predictable she comes across. She is prideful, not afraid of blackmail, and has a sweet side like everyone. She is cunning and a quick thinker who is not afraid to make herself heard.

Mike has had feelings for Amanda for years but always considered her out of his league. He rescues her in Pilot after which she demands to become a ninja just like him and Owen. When she hears Owen call him Mike, she knows who he means, signalling she may have noticed him before.

In "Katara", she went to his house for dinner along with Owen, and to avoid being caught out snooping in Katara's, purse Amanda kisses Mike (which he seems to love). Later, however, he declares it was just business, and she seemed a little upset.

In "Komodo", Mike announces that he will tell Amanda how he feels about her. But after seeing her with Cameron and becoming jealous, he consequentially decides to hold on till later.

In "Dollhouse", Amanda and Kelly are possessed by collars that turn them into dolls. Mike tells Amanda how crazy he is about her and she calls him her boyfriend but after Amanda returns to her normal self, Mike admits him and Amanda were never meant to be in a hurtful way. Mike finally accepts Amanda's relationship with Cameron in "Morningstar Academy" and asks out Julie, only to later on learn that Amanda and Cameron had broken up. When he found out it lead him to dread his decision. After hearing that Mike is planning on asking Julie out, Amanda seemed hurt and starts saying bad things about Julie. She even wonders what Mike sees in her. In the end, she accepts Mike's feelings for Julie, not knowing he's only planning on asking her out because of Amanda's somewhat non-interest in him. Mike offers to double date with Amanda and Cameron before learning of their breakup.

In "Ninja Intervention", Mike claims that Katara was his favorite epsiode because Amanda kissed him. In "Grounded Ninja" Amanda and Mike seem to be getting closer. Amanda tells Owen that sometimes in the night she feels like her and Mike are becoming more than friends but then says that she was lying.  Before she leaves, she hides a look on her face indicating that she probably wasn't lying. Owen thinks everything she said is true.

In "Spring Fling", she decides not to leave because Mike wants her to stay and be a ninja with him.

In "The Floating Sword", Amanda thanks Mike for saving her and seems pleased when he says he didn't know how he did the blast from his hand but knew that he couldn't let anything happen to her. She smiles and stares at him and Owen says "You're doing it again," hinting she might have been staring at him before and that she likes Mike. (See Mikanda.)

"He got away. Amanda's fault."

Owen supports Mike's feelings for Amanda and seems intent on them getting together. Owen and Amanda are constantly competing with each other and this intensified when Mike was refined to go out with his father instead of them and they would constantly blame each other playfully and text Mike. They are friends, however, and Owen suspects there's something secret going on between Amanda and Mike and that something happened between them in the Katara case. He does respect Amanda, however, and believes her to be a capable ninja.

In "Cousin Connor", Mike gets upset, believing Amanda and Owen have feelings for each other. Connor tells Owen that Amanda bleaches her hair and tells Amanda that Owen has feelings for her. They later find out that everything what Connor told them wasen't true. (See Omanda)

"Sorry. I thought you were Kelly."

Amanda and Kelly seem to be best friends but don't spend much time together (mainly at school), due to Amanda's secret ninja life having to be (obviously) kept a secret from Kelly. They are both on the cheerleading squad together. Kelly is the only person Amanda told about her crush on Cameron. They're both possessed in "Dollhouse". Kelly doesn't approve of Amanda being friends with Mike and Owen. She thinks that they will pull Amanda's popularity status down. Kelly worries a lot about popularity, and Amanda sometimes finds it annoying knowing that she can hang out with whoever she wants.

"Are you saying I'm not cool?"

"That girl was cooler."

Amanda had a big crush on Cameron. Mike is jealous when they go to Cameron's party together. Mike wants to ask Amanda out but decides not too because of her new relationship with Cameron.

In "Morningstar Academy", he tells her she's a good girl and to prove she's not she convinces him to abandon a tour with her. To protect him, she makes him unconscious. The next day, Cameron asks where that girl is and tells her she was cooler then. She tells him there's a part of her that he doesn't see and he tells her to show that part to him but she says she can't. Amanda then breaks up with him. Mike offers to double date, him and Julie, Amanda and Cameron, but soon learns of their breakup.

In "Detention", Amanda finds that Cameron misses her and has let himself go. She tells him there will be other girls for him that aren't her.

Amanda develops a crush on a thief named Flint Forster. She thinks she was on a date with him but found out that she was part of a robbery in progress. Mike and Owen witness this and start to fight Flint. Mike is jealous of Flint because he now knows Amanda has a crush on him. Amanda starts to fight Flint but he escapes leaving her his necklace with his name on it.

In "Finding Forster", Flint figures out her real identity and says goodbye to her after being kidnapped by a student from a school debate. In the episode "The Floating Sword", Amanda develops more finalized feelings for Mike, which means she's over Flint. 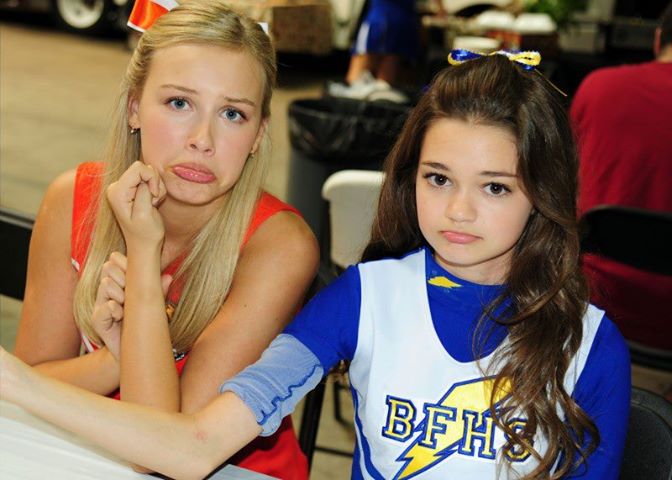 Kylee Coors met Amanda at a summer camp, but soon became an enemy of hers when Amanda said she stole money from the camp along with her headband. When Kylee reappears in the episode "Cheer Fever", Kylee makes Amanda look like the bad guy when Amanda knocks Kylee down when she was only decorating her locker. Later on Kylee is exposed to be a criminal and is defeated by the ninjas.